With coordination of the ministry of Health, Pure Hands launched its grand campaign supporting the health Sector in Yemen.

The campaign consists of 9 medical shipments with a cost of $4,007,555 and is jointly funded by World Medical Relief, Baitulmaal, Advocates Medical Relief and Amoud Foundation 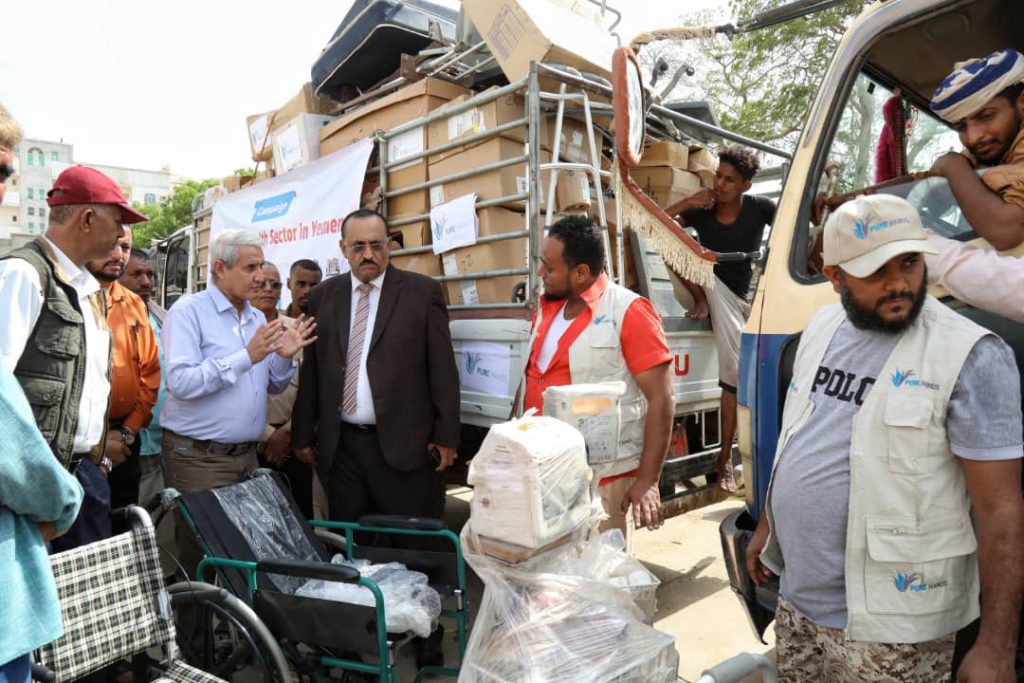 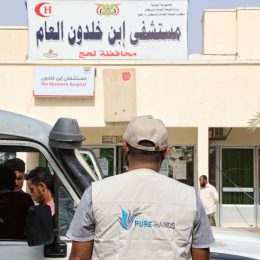 Dr. Aref Ayash the manager of Lahj’s MoPHP Branch Office said that this assistance and support, first launched in Ibn Khaldoun Hospital, will help ease the suffering and enhance the capacity of the targeted healthcare facilities in Lahj and other governorates”

The project launch was attended by the Secretary General of Lahj governorate, the Head of Social Affairs and Labor Branch Office and the Governor’s Advisor, NGOs Coordinator and Head of the Executive Unit. He further reiterated his thanks and appreciation to Pure Hands and all donors for this intervention,

Manager of Pure Hands Yemen Office Dr. Abdulmajeed Al-Shaubi stated that this campaign is made in response to the deteriorating health and humanitarian situation in Yemen which is further exacerbated by the collapsing infrastructure and the outbreak of deadly diseases.

Al-Shaubi added that Pure Hands will continue its campaigns to support health sector in Yemen through provision of medical equipment and appliances as well as medicines.

He also noted that the organization is working on health campaigns aiming to combat epidemics and deadly diseases recently spreading by awareness-raising, distribution of hygiene kits, removal of garbage and distribution of Doxycyclin in Cholera centers.

Udhiya Distribution 2020 With your donations, we distributed Qurbani meat to 140,765 beneficiaries across 15

A total of 75 children in Sana’a have benefitted from the Eid Gift Project. This

Get to Know Us

Share Your Zakat & Sadaqa With the People of Yemen