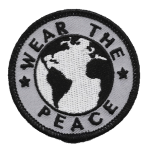 The ongoing war has led to a massive exodus of population. The term internally displaced people (IDPs) cannot draw a clear picture for the horrific realities faced by these people in different areas across Yemen. IDPs are among the most vulnerable due to their current situation. These IDPs face insecurity and are unable to access basic services. The total number of IDPs is estimated to be over 3.5 million, most of them live with host families or in rented houses; others live in the open with no shelter or protection.

Those IDPs who have no shelter are among the most vulnerable groups and they are badly in need for shelters which protects them against the hot summer and cold winter and allow them to live in dignity.

This project seeks to build houses for IDPs. This will help reduce their suffering and allow them to live a dignity life.

Get to Know Us